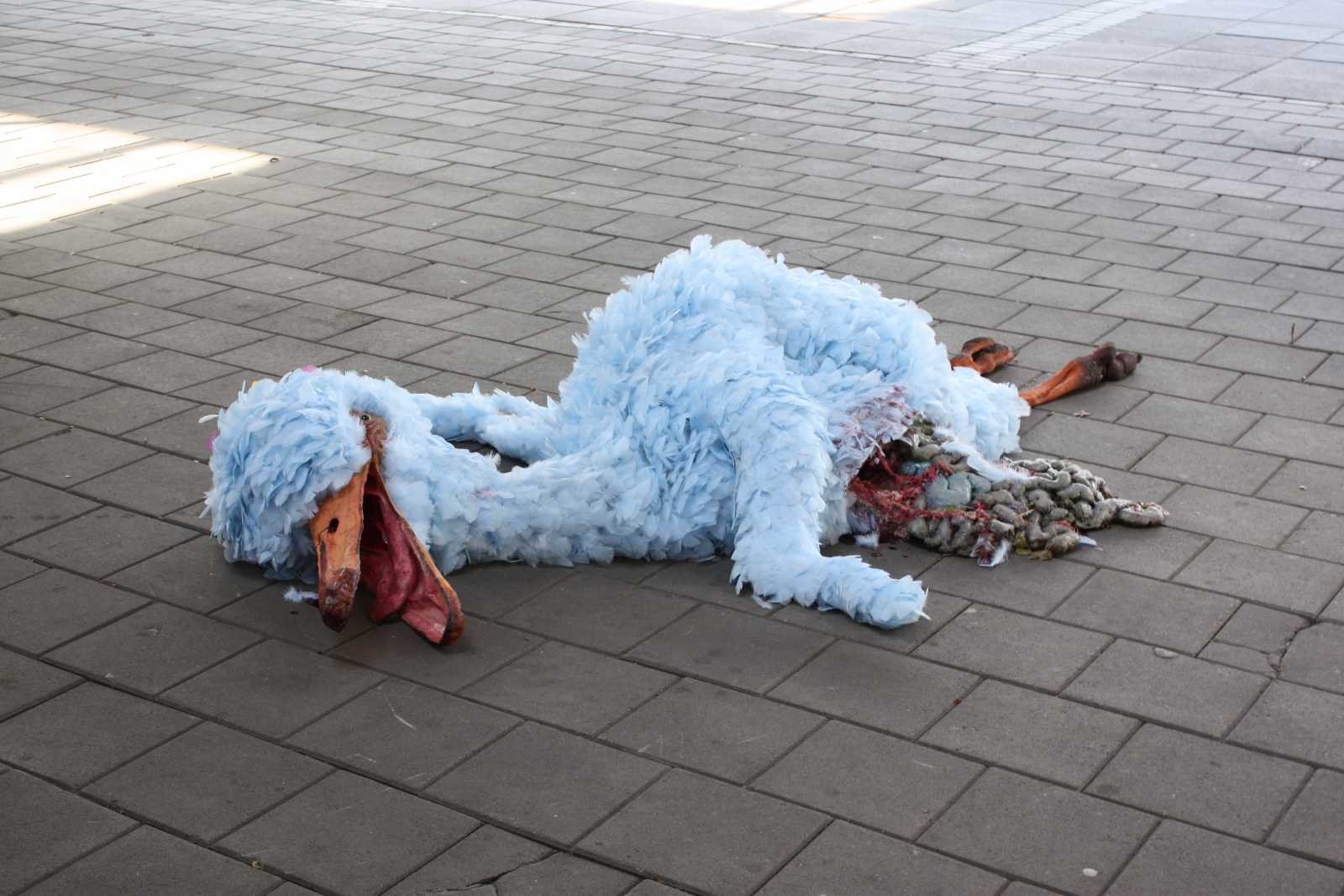 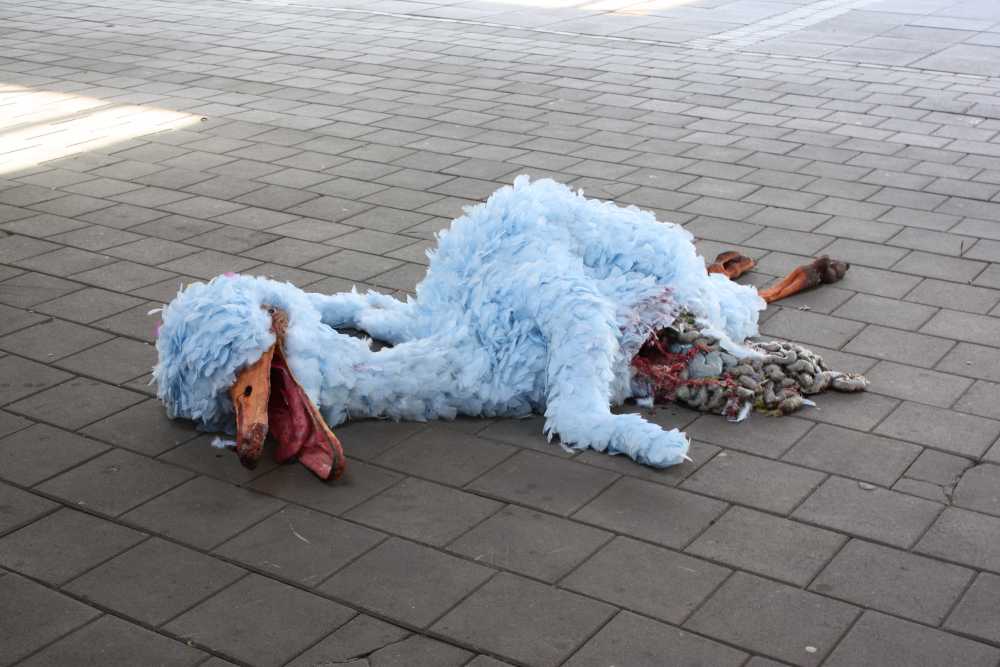 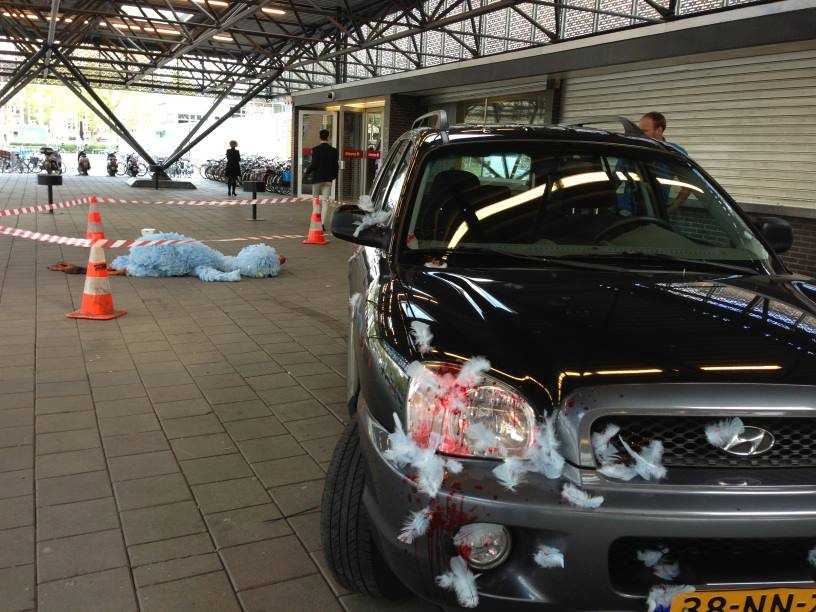 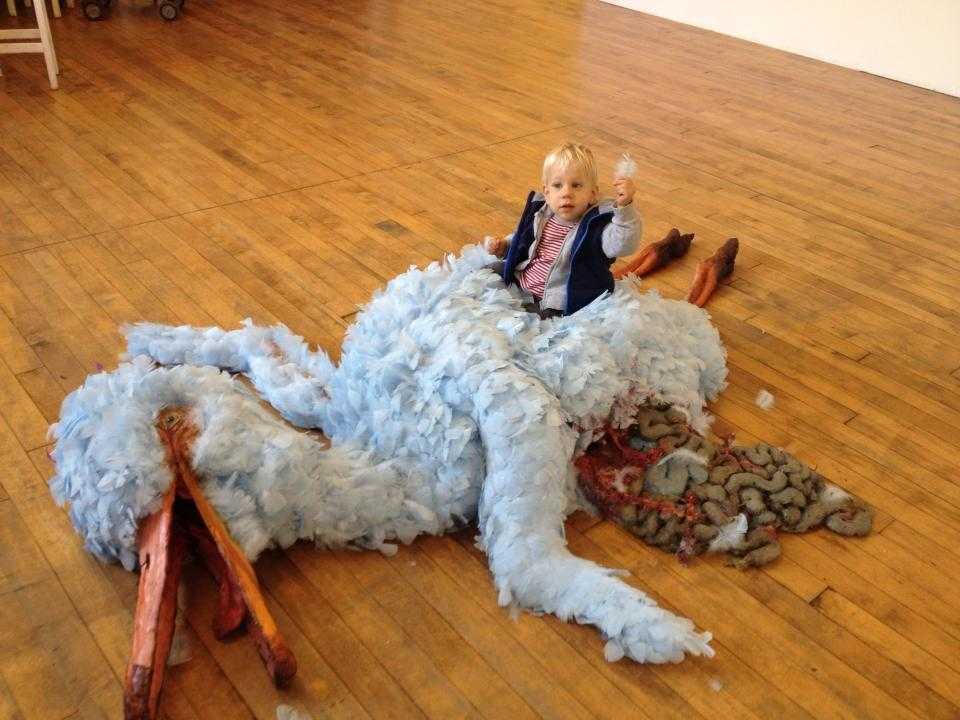 "It's body was still warm when I found it"

Nequit Volare NV. is charged with the investigation into the extinction of the last remaining strain of the Struthionidae family in The Netherlands: Struthio Caeruleumensis, a bird with striking blue plumage, reaching nearly 7.2 ft. (2.20 m) in height.

The death of the last living specimen of this family of large flightless bird occurred May 15th on the N525 in the wooded area north east of Hilversum. It was probably on its way into town. The last reported sighting of the bird was the day before at Sumatralaan, in the vicinity of Media Park, where the bird apparently was being fed on a daily basis by the staff of a small broadcasting station. The large bird was hit by a car and then later found by a local ornithologist, who told the press that "Its body was still warm when I found it."

It was put on transport to Amsterdam for autopsy by biologists of Nequit Volare NV. For reasons of it being some sort of a national mascot it was displayed the next day at the opening of KunstRai Artfair.